Statement by the Embassy and Mission of the Islamic Republic of Afghanistan in Rome Condemning Human Rights Violation by the Taliban in Panjshir, Afghanistan 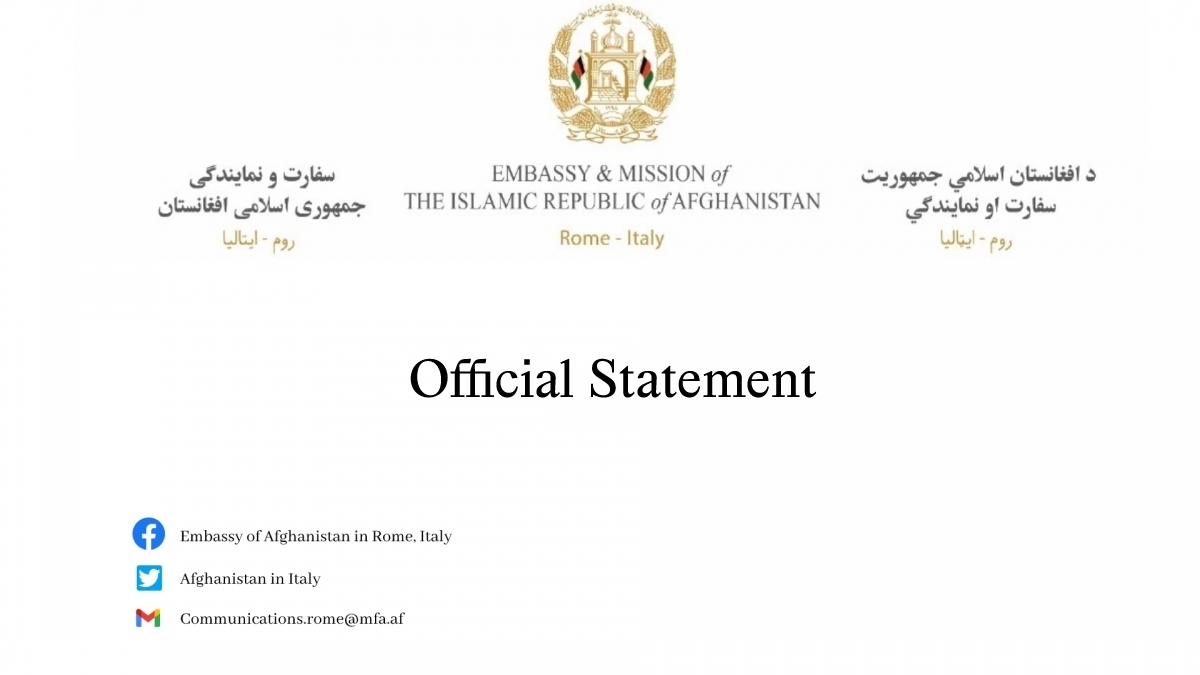 Statement by the Embassy and Mission of the Islamic Republic of Afghanistan in Rome Condemning Human Rights Violation by the Taliban in Panjshir, Afghanistan

The Embassy and Mission of the Islamic Republic of Afghanistan (IRoA) in Rome – Italy, strongly condemns the continued widespread human rights violation by the Taliban group across Afghanistan, especially as witnessed by the recent arrests and abductions of unarmed civilians in the province of Panjshir.

These graphic evidences suggest that the arbitrary detentions, hostage-takings, torture, and ill-treatment of innocent civilians by the Taliban in the province of Panjshir clearly constitute war crimes and crimes against humanity.

By enjoying an atmosphere of impunity, the Taliban have intensified their extremist and oppressive rule as well as their disturbing pattern of misogyny, ethnic hatred, violence, and terror. These war crimes and widespread human rights violation repeatedly committed by the Taliban need not only unequivocal condemnation, but also the immediate application of preventive and accountability measures as well as the adoption of new approach in form of the international community’s engagement with the Taliban.

The Embassy and Mission of the IRoA in Rome reiterates its early calls on the international community as a whole, and in particular on the relevant institutions of the United Nations, to pay special attention to and report on these crimes, and to take concrete measures for improving the situation on the ground. It further calls on the International Criminal Court (ICC) to fulfil its mandate by investigating and holding individual perpetrators, their command chain and leaders accountable so such further crimes are prevented.

We stand with all the people of Afghanistan in protecting our religious and ethnic diversity, and remain fully committed to using all available channels to highlight and report these atrocities committed by the Taliban, while helping facilitate preventive and accountability measures.